Marketers love to talk about gamified experiences/products/strategies. So when the Electronic Entertainment Expo (E3) took over Los Angeles a couple of months ago – my marketing brain wanted to see where the gaming industry was heading.

For those not familiar, E3 is a global showcase for the video game industry that touches roughly 2.6 billion lives and is valued at roughly $135 billion.

As it turns out, a look at the latest consoles, platforms, and games released at this year’s E3 reveals how much marketers are starting to change the video game industry and will continue to do so for years to come.

Google’s Stadia arrives in November and is priced at $9.99 per month for the premium subscription to over 3,500 games. Cloud gaming allows users with a stable and strong internet connection to open up an internet browser, select a game, and start playing.

To save you time, here are a few pros and cons of the streaming gaming movement:

Regardless of where you stand on the future of streaming video games, It’s impossible to ignore how device-agnostic marketing has influenced yet another industry by focusing on mobile-first technology.

I sense a disturbance in your microtransactions

Monetizing video games with microtransactions, loot boxes, and other pay-to-win strategies have become a social media hotbed for gamers since 2017 when EA released the Star Wars Battlefront II beta.

The gaming community has spoken loudly against microtransactions, and game developers are listening. Some companies are even leveraging this movement to proudly label their games as loot-box-free.

Twitch brings the people together

I grew up watching my older brother play everything from Marvel vs. Capcom and Banjo-Kazooie to GoldenEye, Counterstrike, and Tribes. We would talk endlessly about how to get through levels, beat bosses, and practice fast-twitch reflexes.

The social aspect of gaming culture is what makes it so contagiously fun.

Marketing is a constant battle for eyeballs and attention, and twitch is winning the fight. With about 7.3 million hours watched per month and 148 million subscribers, Netflix seems to be the only thing that can compete.

Twitch has created one of the fastest-growing businesses that brings people together to watch video games and socialize.

Video games are a business

Like any successful business, video game developers need to turn a profit. And while marketing innovation can bring new life and greater access to gaming, it’s critical to strike a balance.

Luckily, it’s the fans inside the gaming community who have fought loud and hard to buck any trends that take monetization too far.

Interested in taking your business to the next level? Reach out to us through the form below and let’s help transform your business into a sales machine! 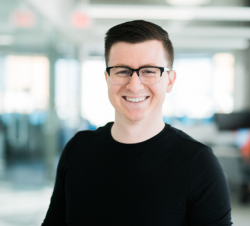