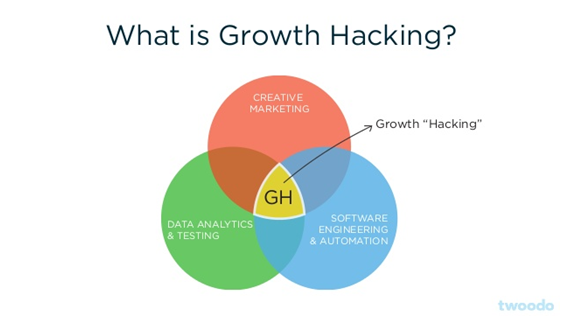 Even after the running wild with the term since 2010, marketers still sometimes scratch their heads when asked to explain “the truth about Growth Hacking”. So in order to help us all become more effective digital marketers, I will pose this simple question in return: what truth are you talking about? The term explains itself and is simply the thing to focus on if you want to create a successful brand that exceeds your dreams and goals.

Now if you are in the marketing stream then the amount of conceptual layouts you can get engrossed in might be staggering. As a term alone you can pick more out of these two words and apply them for a useful result than every other marketing jargon ever conceived.

The question worth asking is, nearly half a decade since the coinage of “Growth Hacking” as a term, what do we have to learn and show from it?

Is it the one trick pony that traditional marketers claim it to be, or is it the push marketing needed with the advent of Google’s newer updates? No matter how you look at it, Growth Hacking has had a mountain to climb and it has delivered for businesses on multiple fronts. So without further ado let’s look at a few things which Growth Hacking looks to streamline within marketing. No matter what your business focuses on, there’s always a lot to learn from successful online businesses and the path they took toward immense, sustainable growth.

Technology is never your enemy

See, growth hacking is about cashing in on an opportunity. It just so happens that the channel for such opportunities is heavily digitized, hence your marketing needs to be technologically aware if it’s not techno centered. What does that include? Well it includes a bit of everything that your IT industry can cook up. I will give a very simplistic example here for a not-so-simple case.

Airbnb is now a household name, but it wasn’t always that way. One of their first big growth marketing challenges the apartment rental startup faced was wanting their listings to show on Craigslist when someone filled out a form so that they could get more links and more traffic on their website. It sounded simple but Craigslist did not have a public API that could allow Airbnb this feature so they went about it the tough way. They reverse engineered Craiglist’s mechanism and made an app that connected with Craigslist. You can see the full details of that here. It’s truly a fascinating story.

The inputs: A lot of investment in app making and reverse engineering.

The result: Decent outcome on links plus mutual benefits for both companies.

It’s a hack because the solution did not exist publicly or for other domains but Airbnb were adventurous and hence reaped certain rewards. That is in essence the principle of growth hacking because with that daring practice, they ultimately coined a technique that made them grow.

Read also: Prediction on 2015: What 30 Experts Think Will Happen to Guest Posting

This is one concept that marketers have expounded since the inception of marketing itself, yet few businesses execute it well and even fewer learn how to benefit from this implementation. The digitized business has seen this issue become more technical with the passage of time because with updates and solutions have evolved problems and business models as well. In this case the use of technology should be one which makes the entire process of your business a seamless one particularly when it involves your customers or consumers. One such example of this can be seen with live chat software like Clickdesk, which makes sure any navigation through a website or an application is made easier.

But if that does not convince you then maybe you need to study the biggest professional social networking site in the world, LinkedIn, a bit more closely. Elliot Shmukler talked about growth and he foresaw how Linkedin won the race in becoming the premium digital space for professionals. They focused on one aspect: an easy signup process. No lengthy information input, no affirmation hassle and LinkedIn’s growth went through the roof: effective, simple, precise but very user friendly.

Minimalism is a lesson too easily lost on many marketers even today. The part of growth hacking where you actually interact and use the product to market the product is an idea, easily forgotten or overlooked by too many people even in the digital marketing stream. The principle of “minimal product” simply implies that you begin working and promoting your product with the minimal version that can be marketed. Part of this helps you to extrapolate into markets that are unexplored or growing and part of this helps you unlock a few loyal readers or subscribers before the actual or the finished article hits your shelves.

Vague illustrations and flashy one liners are good but sustained growth is a different ball game altogether. Within months household names can disappear and new ones can replace them only to have the new ones be replaced purely because the people in charge forget evolution. The goal in question must be something easily quantifiable but something which a business can aspire to.

Take the example of MySpace: it disappeared, simple as that. But then it reappeared. What started as a social media platform aimed at absolutely everybody became a household name mostly for media advertising or promoting their own art forms. What did they do? They stopped thinking of reaching out as the biggest social media platform but instead concentrated on labels and studios who wanted to keep in touch with professionals within the industry. Even today, their music content feature is rivaled only by BandCamp and is host to thousands of artists and media production houses. The growth they sustained with a different strategy and goal can easily be seen within this example.

Myspace was probably the first to see this as an opportunity too, hence again seeing an opportunity where one was not originally present and then making the most out of it. In essence that is precisely what growth hacking is all about: focusing, refocusing, adapting and scaling with your audience.

David Campbell blogs about customer service trends for ClickDesk live chat and helpdesk software. He is an active freelance writer and his other interests include organic SEO and growth hacking.

admin
Ayodeji Onibalusi is the founder of Effective Inbound Marketing. He is an experienced internet marketer and offers guest blogging and link building services. Make sure you check our guest blogging service page to find out more

Latest posts by admin (see all)